Jeff Kupferberg
Download This Track
Artist Name - B002-007 - Redesigning a Lab with Manifolding.mp3 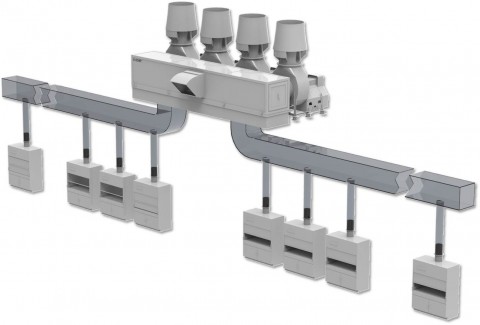 One of the most recent jobs we had was an older building that wanted to redesign after receiving an enormous amount of endowment money. It was an old fan farm, as we refer to it—in other words, it was a one fan per fume hood design. They wanted to more or less double the lab space, but they had no idea where to put the additional ductwork. They came to us to see what we could do. We told them, "It's relatively simple. Manifold it."

They looked at us and responded, "How are you going to do that?" We explained the to the rep, contractor, and engineer exactly how it would work. They had all this existing space that they were currently using for horizontal and vertical runs of ductwork. They needed to remove all of that and manifold it into a single system so that the smaller ducts are manifolded into a larger duct. From there, that larger duct would be manifolded to the roof.

They would end up saving at least 30 percent in usable space by converting their old non-manifolded system into a manifolded system. Unfortunately, the risers were already dedicated and the walls couldn't be moved. For that reason, they probably weren't able to reallocate the space to usable rentable space or even corridor space. However, they did get more performance and less load within the building. The load and efficiency increased while the requirement for exhaust decreased. They went from 20 fans down to 2 fans. Not only that, but those 2 fans were outperforming the 20 fans that they replaced.

Let's make a price comparison for a typical manifolded vs. non-manifolded system. We'll use rounded figures to make the math easier. A small fan for one fume hood may cost you $500. Add another $500 for additional wiring, electricity, and ductwork. Then determine the actual space required for all of that ductwork. You'll have a relative cost of around $2,000 each. If you have a total of 10 fume hoods, it comes out to $20,000 for a non-manifolded system. For around the same amount of money (sometimes a bit more, sometimes a bit less), you can get a manifolded system that takes up a fraction of the space.

A manifolded system may be less expensive to operate as well. Imagine what would happen if you're running an experiment with one fan on a non-manifolded system. What if the fan died on an experiment that had been running for six months? The experiment would be lost. All that time would have been wasted. When the fan dies, you have no redundancy and there's nothing you can do to compensate. It might take a week to get it back up and running because you've lost your exhaust. Along with that, you've also lost your data. 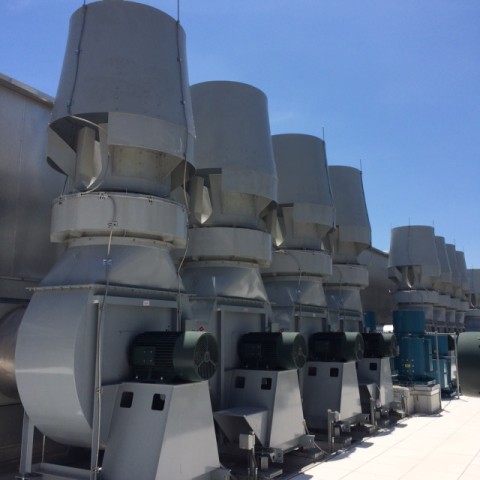 Lab Design, Part 3: The Art of Lab Design
Getting off on the Right Foot with Fan Start-ups