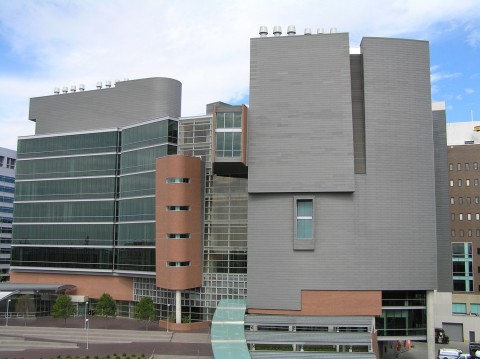 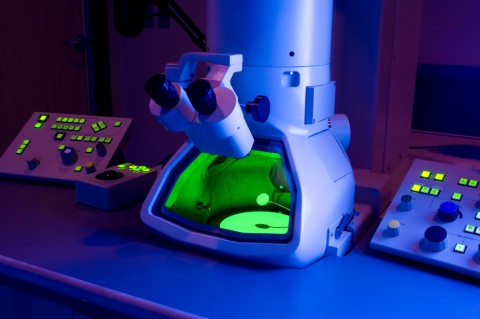 Lab design is an art that begins with understanding your requirements. The first thing we need to do when we design a lab is ask a couple of key questions:

Max design isn't just about today—it can actually be for tomorrow as well. One example is tenant fit-out. Let's take a developer who's building a laboratory with several floors. In each floor is a different client. The developer is building, managing, and renting out the lab space. Today he has two clients, but a third client is obtaining lab space in six months. The developer is also negotiating with two other clients to take up the balance of the building. His current design is significantly different from what his building will be like once it's in full operation.

When you design that kind of system, option number one is to look not only at today's performance, but what is the maximum performance that you envision? In this scenario, it might only be 3 to 5 years before the building is fully operational and rented. Option number two is actually a retrofit application, which is extremely common.

Imagine a university with historical buildings that can't be modified from their outside facade. They're old historical landmarks. Because the university is receiving endowment funds, they envision rapid growth in the near future. What's now an older building is going to become an old facade with a modern interior lab space. When it was originally designed, there could have been a certain amount of labs there. Now, the building has grown and an annex was built onto it. The university can see what today's performance is, but they envision a doubling of the lab space if all research goes well.

They might not have the budget today, but there's a plot of land next to the building that they're hoping to break ground on within three years. The two wings will be connected at a point in the middle and services will be shared between both buildings. That's the future performance that needs to be accounted for. The actual max performance number isn't limited to today's requirement.

We're really looking at three points: maximum, perceived actual, and minimum. Perceived actual is what you think is going to be used in actual requirement in exhaust on a daily basis. The minimum is what you think will be the low point of the requirement. It could be something as simple as a calendar-based approach. No one really works from 8:00 p.m. to 6:00 a.m., so what's the building's requirement during that period of time? What about during the weekend?

If you actually look at these low points in operation, you'll see that your max is based on full occupancy. There may also be an aspect of future built into the minimum—the current requirement is what you think is a daily realistic amount of flow exhaust required for the building. The minimum is what you think is the least amount that will be required at any given time.

You may be subject to certain exterior design requirements, such as noise. There's a different code in most parts of the world when it comes to how much noise your facility produces during the day and night. Due to nuisance laws, nighttime noise must be significantly reduced. You'll have to take that requirement into account while planning to build the lab space.

When you install exhaust fans on the roof, what's the proximity from the roof to the nearest neighborhood? Many universities were built in rural areas outside of the city from 100 to 150 years ago. There was practically nobody around this farm or open space, so it was cheap to build in the area. As the city grew, what was once rural land outside of the city center actually became gorgeous suburban property full of homes. A university may now be within a mere 50 feet from a high-cost suburban area full of estates and pristine countryside.

The criteria you have to consider is what's the most noise that the system is going to create? You've already made the analysis in flow, so you have the flow requirement to take into account.Now you have to overlay that to determine what the sound requirement will be. Hospitals face a similar challenge—they're usually in the center of town and occasionally upgrade their systems. They need to make sure the general exhaust from labs don't generate a level of noise from the roof of the building that interfere with the surrounding environment, violating nuisance laws.

These are just some of the basics that you have to consider when you're looking at designing laboratories or lab spaces. Once these aspects are nailed down, it'll lead to mastery of the art of lab design.